Demolition D left today with the Senior High Choir from Church on their way to New York.

This trip that the leaders scheduled is amazing. And youth trips sure have changed since I was in highschool! Not only are the trips bigger, this one is being Twittered! I am having fun already following him along this fabulous adventure.

Today their tour began with singing with our own Chancel Choir. 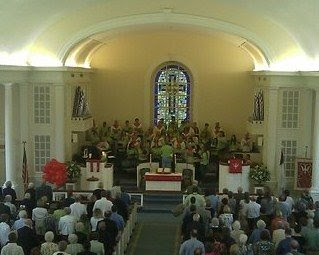 Loaded up on the bus and headed to Savannah. 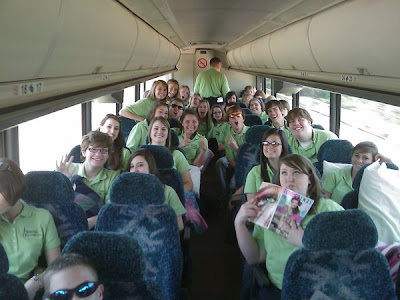 Their first concert was this evening at Trinity United Methodist in Savannah Georgia. 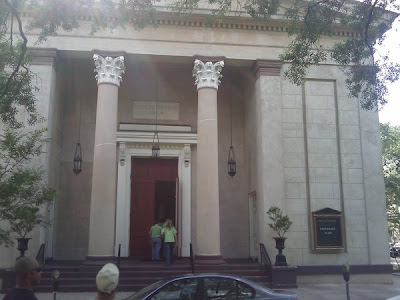 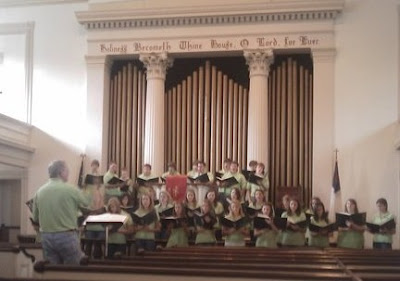 After an "open" rehearsal, the group headed to the Amtrak station, where the next new phase of the trip will begin, the first time, I would daresay, for all the youth on a train. Departure time: 8:00 p.m.
Next phase: arriving in New York City around 11:00 a.m. tomorrow. As for big cities, Demolition D has been some in Atlanta,the Washington DC vacation, but NOT New York City (imagine the cowboys in the Pace Picanti commercial saying New York City, yes, just like that).
I may not be on the trip, but I am ecstatic for this group to be able to go! The first Church they sing in in New York City is large enough to hold the Statue of Liberty (sideways)! To quote Gomer Pyle Gawwwwllieeeeee. That is big!
Now, for the next Twitter update, not until tomorrow. Until then . . .

Definitely smiles!!!! What a terrific opportunity for them!!!!! And for Demo D!!!! And are these pictures from Twitter?? I'm sorry I don't really know anything about it...but I am amazed by the mere mention of it!!!! What a world we live in!!!!!! Great post! I'm excited about their trip, too! And so fascinated by the idea that it can be followed via Twitter!!! God bless you! Thanks for sharing! ~Janine XO

they're going to have such fun...my dd just got back from NY a few weeks ago...they sang at St. Pat's, on the U.S.Constitution and at the top of Rockefeller Center.
Prayers for safe travel and healthy days 'til they're back home
:)

How exciting! I think we're supposed to have nice weather this week. Hope they enjoy the sites!

goodness me...i just bet they are all having such a wonderfully blessed time! ooo it would be great to get an audio!

Talk about memories!! I used to have the BEST time on choir tours. We didn't know how good we had it!