In the five years Will and I have been married, our marriage has been wonderful, and parenting and life has been nothing short of ever changing scenery. We have been in the deep valleys. We have had mountain top views and thrills. We have been through the timber tops where it was rocky and barren and the air thin.

Where are we lately? I think we have been traveling along through the plains. There have been a few pot holes and few signs in languages we did not at first understand. Teenage communication at times is like that ya know. There has been much needed refreshing breezes.

About two weeks ago we saw smoke on the horizon though. We did not have much information, just a smoke signal. In the back of our minds though, we began thinking a little about what we might happen upon around that next bend in the road.

Well the bend is a little of a switchback. It is a whew of a turn with a chuckle and no road map for this new area.

Will it remain the plains? Will flowers and crops bloom? Or Will we enter a valley?

The smoke signals had been a conversation between Will and the ex wife in law. She has been in an interesting patch of life for awhile. I will give just a few facts – and only the facts. She remarried two and half years ago. The proposal from dude consisted of ” …get married. .. If I can’t make it with you, I guess I couldn’t make it with anyone.” There was a couple week break up soon after. There was a quick reconciliation followed by an elopement five days later. The next two years have been filled with mistrust, unknowns for her and several separations and filings for divorce. His home is 45 miles away. She moved there once on the spur of the moment. She moved back to her home a few months later. They had reconciled again but neither moved. She worked some nights and spent some time at her husbands home and he some time here. Four years ago we all entered a stormy time with Ocho. Not just questionable decisions were being made often, but bad ones. Outside influences had such an effect on his personality. So much that led to heartbreak, frustration, questions, doubts, fears and a lot of praying. It seemed he was getting “caught” quit often while living with us and that led to him deciding to stay with his mom full time. So a year and a half ago, he moved to his mom’s full time. Between the his mom’s work schedule and the trips, Ocho had the best of both worlds – living at home, but on his own in many ways.

So the smoke was, as of two weeks ago, she said she was “alone” and there was a contract on her house, she was not sure where she was going to live. We were not sure if Ocho was aware of this.

Saturday, the phone rings, it is Traveler saying she was in town helping her mom pack. Letting her dad know she was in town and trying to fit a visit in. DH asked where they were moving. The mom was moving to the husbands house (huh?) and Ocho was not sure yet, they had looked at an apartment, but did not know. They have to be out by this Thursday.

So Hubby calls Ocho. Yes they looked at an apartment last week, but he was not real sure. He had just found out 10 days earlier that he had to find somewhere to live. I think that is a pretty big aha moment any time in life, and especially at 18. Hubby offered for him to move back in, with the understanding that the same rules applied as before.

We took him to lunch yesterday and chatted a little about the situation. You know, it can be difficult being there for your kids and balancing the questions so you are not appearing nosy, or pushy or intrusive, but guiding and offering support and help. The frustration Ocho was feeling for the sudden change was quite apparent. We again offered him a place to stay. A chance to save up and have a nest egg. A chance to decide for himself where he might wish to rent.

I will be honest, I did not think he would take us up on the offer. There was such a struggle before when he lived here. He has matured so much over the last few months, that I thought it could work, but still, having been somewhat on his own, we all know how it is hard to go back to living at home after having your own schedule and so much personal space. I thought that would be a deterrent.

He left saying he would consider it. Within an hour he was back and said he decided to come back. He and his dad discussed some of the rules – I don’t like that word, it sounds to staunch, how about some of the boundaries and some of the things that need to be done for respect of all in the house, on our part too.

We are excited to have him back. When we have seen him and had him over in the past several months, it has been the real Ocho. The great smile is back and the pleasant person that we remembered before the visit to the timber tops.
So today begins a switch, I will clean out the closet and we will make room for the furnishings he is bringing. A new land we are entering with no road map to follow, just my word for this year . . . discernment 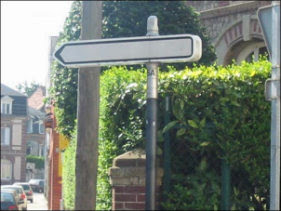 Thanks for sharing your story. Your family will definitely be in my prayers...what an opportunity.

Yes those are some unknown territories for sure. I face the same situation here soon. It does work, but it is different. I think it will all work out for everyone. Prayers your way.

God's grace is wonderful!... (and sufficient!) So glad that it worked out so well!

ok, I am a little lost with all these names...travelers, ocho, etc. LOL, hahha
but I think I get the jist of it now. good luck on your new adventure..
BG
ps-any clarification would be helpful :)

I'm so happy for Ocho...and of course for you...I'm sure things will work out because ultimately it was HIS decision...great job!
Sandi

Wow, what a trial, or at least, confusing time. Just remember that God is not surprised by twists and turns in the road. Nothing upsets or surprises him. He knew this was coming all along, and he will give you the grace and strength to walk this through.

You have the correct traffic signs up for what's to come. Without the option of going back to his Mom's place he may just settle down. It appears that his Mom's relationship is one to stay away from - he needs the stability he will find with you. Best of luck with all the changes in your lives!

I'll be keeping you and your family in my thoughts and prayers over the coming weeks...it will be an adjustment for all I'm sure.

lmerie, you have written this so beautifully. My thoughts will be with you and your family along with hopes that you come upon beautiful and peaceful scenery on this new path.

My word verification is PLATE. You have a lot on your plate now, so I guess the best thing to do is DIG IN.

When our children were babies, it would feel so nice when they began to sleep in a certain pattern. Then, when we would begin to expect that pattern, it would of course change. And that has been the pattern of family life--change. Truth be told, it's been the pattern in life. But there have to be some constants--faith between spouses, faith in God, love for children. It sounds as though you have those constants. You should be fine.

You have such a lovely way of telling us about your life. I am thankful that he has you and his father to lean on. Sounds to me like you are a very special family.

I will keep you and your family in my prayers.

It all sounded very complicated and I really hope that things will work out this time for Ocho living with you.
Good Luck with the new situation.