"...the city is one big theatre where everyone is on display" Jerry Rubin

It is Friday Foto Finish with Candid Carrie and I thought, “what a great day to jump back in…”

Many weeks ago I received a call from my SIL asking what I was doing the end of October. Nothing. So she asked if I would go on a girl’s weekend with her and her friends – airfare and room was covered. She had already asked my mom and my mom said only if I said yes. So of course I did.

Ok, ok, I know I am leaving out the destination. But it was so exciting, so I am trying to bate you along . . . New York City! I have never been, but have wanted to for some time.

How do you break down a whirlwind trip like that? So I am taking one part and making it my Photo Phinish…

Now we do not live in a metropolitan area. In most of Georgia, other than, obviously, Atlanta, public transportation is limited, bike riding a scary venture, and taxi’s VERY limited. So cars are a must! Or friends with cars. So the subway was one of many experiences in the couple days we were there that was new to us.

I was amazed at the architectural details, even in the musty land beneath the city . . . 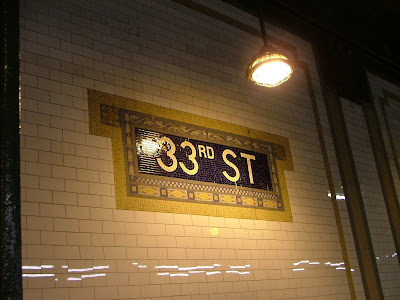 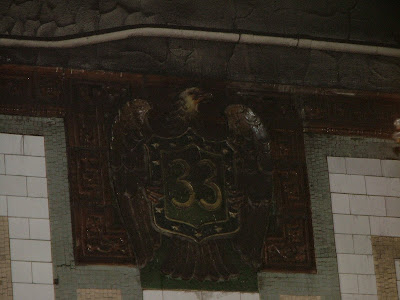 The landings were not as large as they appear on TV (or at least not the ones we loaded and unloaded on) nor were they fraught with threatening people, we saw quite a few friendly people. 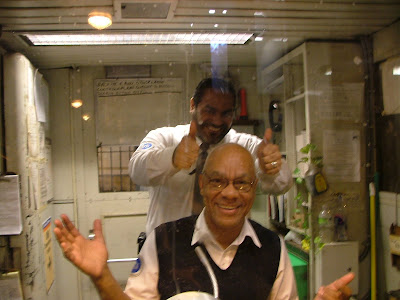 We each purchased our ticket to subway our way to the Brooklyn Bridge. I was the last of the six of us to get my pass. As I turn, I am absolutely bewildered by what I saw. The South officially showing out in the North.

There, in the turnstile, is my SIL’s mother, two hands and two feet on the ground, hind end in the air, crawling under the turnstile!

No, no picture. Wish I had, but I was too shocked and too busy trying to figure out for the life of me why that woman was crawling like a primate. Well, she either couldn’t get the slide to accept her ticket swipe or she missed when it told her to go. Hard tellin’ not knowin’.

She gets to the other side, then begins my SIL (call her B) loudly and dramatically (like a Jack Russell on crack) saying to my mom (I am behind my mom) “swipe it fast and push fast” over and over and over. Luckily, behind me stood a regular subway rider, who calmly said from behind “You don’t have to swipe it that fast and it will tell you on a screen to go.” I passed that on to my mom, and you know? It worked (meanwhile B is still harping on her rant…)


We made it on the subway and to our destination. Now you would think that after the initial fiasco, the rest would be a breeze. Not necessarily so.

The afternoon of our last full day in NYC, we again took to the rails to reach various destinations. The very last time to catch the subway, we all head through the turnstiles with our tickets, going smoothly, until B’s mom. Again the swiper did not like her swipe. We were only half paying attention, but apparently she did not want to try again or wait, I don’t know, other than when I looked back over, she is squeezing herself around the turnstile. In the process, she must have swiped or B swiped for her, not a clue, but “GO” must have popped up because the turnstile turned, bringing the next bar somehow up between her legs. And folks, let me tell you, a grey haired late 60’s healthy woman straddling the turnstile in NYC, has got to be the funniest thing I have ever seen! 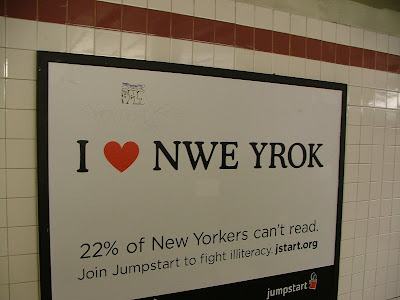 But I bet 100% can get through a subway turnstile.
Whew, now, head on over to Carrie’s for more Friday Foto Finishes…

Great tour for us, thanks so much...I miss being able to take the train into New York and then riding beneath the city...
Sandi

What a hilarious adventure, Lailani!!! I can just picture it all! So glad you could take advantage of such a wonderful opportunity!!! And even more glad that I could share it vicariously through your blog ;-) Love you! Janine XO

That looks like fun! I have never been either:-)

I really want to go to New York one of these days. Great post!

Oh, my! Bless her heart, I feel for her!

Oh, Lailani, that is too funny!!! I'm glad she didn't get arrested for turnstile jumping!

I'm laughing... too funny....
So glad you had a good time and visit. What a trip of a lifetime... with fun people!